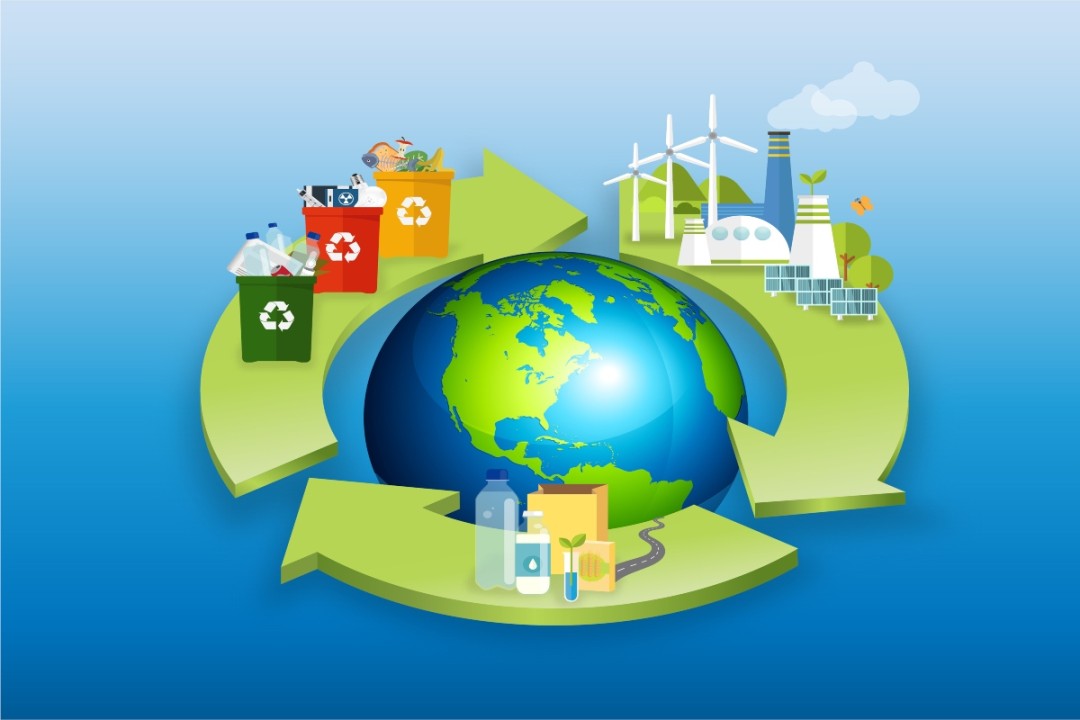 The circular economy idea came about in 1976 in a report by the European Commission. They hypothesised an economy based upon a loop and its impact on job creation, economic competitiveness, resource savings and waste prevention. Many supporters of this idea believe that this should be a part of a response to end the era of cheap oil and materials and contribute to the transition for a low carbon economy. The issues of the linear “take, make, dispose of” system of yesterday are all too clear, and soon governments will have to come to realise that this is not sustainable, and if we want to maintain a functional and stable society over the next hundred to two hundred years we will require a transition into a process such as this. Intuitively it seems that the circular economy system would logically be more sustainable, but many critics suggest that these assumptions are too simplistic and that the complexity of the existing system would be incredibly difficult to re-order to be able to achieve the sort of stability we have in our current economy. The realistic nature of this idea comes about more when the consumers choose to change over rather than when they are forced by society or government.

In 2018, the World Economic Forum, World Resources Institute, Philips, Ellen MacArthur Foundation, United Nations Environment Programme, and over 40 other partners launched the Platform for Accelerating the Circular Economy (PACE). PACE’s original intent has three main areas, to develop a model of blended finance for circular economy projects, to create a policy to address specific barriers to advancing the circular economy, and to promote public-private partnership for these purposes. PACE members include global corporations like IKEA, Coca-Cola, Alphabet Inc., and DSM, along with governmental partners and development institutions from Denmark, The Netherlands, Finland, Rwanda, UAE, China, and beyond.

To transition towards a circular economy, various stakeholders have to work together. This shifted attention towards business-model innovation as a key leverage for ‘circular’ technology adoption. A platform that aims to scale reuse within and between organizations is an example of a technology that focuses on asset management to support organizations transitioning to circular business models. Similar applications, such as Swapabee, champions consumer to consumer-based trading with their app which allows individuals to exchange their items for others.

Such industries that have begun to adopt the circular economy system include textiles, construction, automotive, agriculture, furniture, and technology. Advancement in technology such as SpaceX’s ability to land launched rockets will greatly improve the turnover rate of materials, which is good for both businesses, the economy, and the environment. On 17 December 2012, the European Commission published a document entitled “Manifesto for a Resource Efficient Europe”. This manifesto clearly stated that “In a world with growing pressures on resources and the environment, the EU has no choice but to go for the transition to a resource-efficient and ultimately regenerative circular economy.” But getting to this outcome is a long and hard road to begin to travel.

This article is in association with SWAPABEE. A sustainable app company that allows anyone to swap their items for other ones. Create an account and start swapping today at https://swapabee.co.uk/.

Our Culture of Waste

How Sustainability is Sparking Innovation

5 Simple Ways of Saving Money and Help the Environment